Some random, movie-related thoughts on the entertainment news of the week: 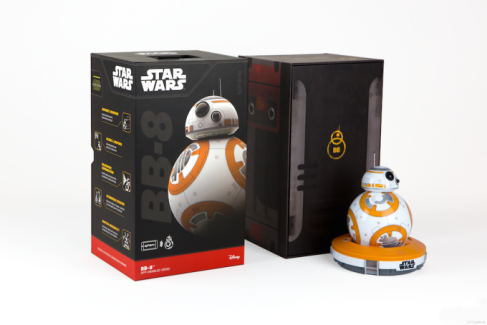 Midnight marks the arrival of “Force Friday,” the official beginning of the merchandising bonanza leading up to the Dec. 18 release of “Star Wars: Episode VII — The Force Awakens.”

If you’re one of the fans staying up late and venturing out to your local Target or other stores for the unveiling of toys, collectibles, and other tie-ins to “The Force Awakens,” I salute you. As the parent of a toddler, I value my sleep too much to join you, but I’ll be with you in spirit.

At the risk of sounding like a nostalgic grandpa — “When I was a boy, we used to walk to school in 7-foot snow drifts …” — I remember a time when there was virtually no Star Wars merchandise to be found on shelves.

I was introduced to George Lucas’ space opera at the relatively late age of 12. It was the end of the ’80s and though people remembered “Star Wars” fondly, everybody was kind of over it.

The only option for watching the trilogy was renting the movies on VHS. Few people owned VHS players or video tapes back then, so you’d most likely have to rent them.

As a passionate, young convert to the “Star Wars” universe, I would scavenge for memorabilia wherever I could. There was no Internet, no eBay, no easy way to connect with fellow collectors. My prized possessions were a “Star Wars” poster, a spiral notebook from the dollar store, and a color still of Princess Leia chained to Jabba the Hutt, discovered at a creepy Hollywood souvenir shop. That was it.

It wasn’t until the release of those infamous prequels in the late ’90s that “Star Wars” merch became readily available again. Now, of course, you can find items everywhere, from T-shirts to toys, but it wasn’t always this way.

So remember that, Star Wars fans, while you’re doing your Force Friday shopping. Savor this moment. 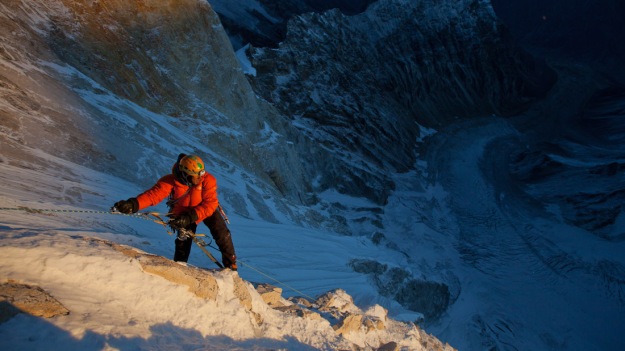 Speaking of the weekend, if you’re planning to see a movie over the Labor Day holiday, there aren’t many options. We’re in the thick of the end-of-summer doldrums and it’s looking pretty depressing out there.

Unless you want to sit through yet another mediocre video game movie reboot (“The Transporter Refueled,” coming on the heels of “Hitman: Agent 47”), there aren’t many cinematic choices to get excited about.

My advice? Skip what’s playing at the cineplex and take this opportunity to catch up on your documentary viewing.

BLVD Cinemas in Lancaster is playing two intriguing docs this weekend: “Meru,” about climbers tackling formidable challenges in the Himalayas, and “Steve Jobs: The Man in the Machine,” from Alex Gibney, director of the provocative “Going Clear: Scientology and the Prison of Belief.”

When it comes to movies, fact is often more entertaining than fiction.

I was sad to hear of the passing of director Wes Craven, who died Sunday at the age of 76.

I’m a lightweight when it comes to horror flicks and though I was too much of a scaredy-cat to watch many of Craven’s movies, the filmmaker made a strong impression on me.

When I was a kid, my family often walked past the neighborhood video store, where a cardboard stand-up of Freddy Krueger peered menacingly from one of the windows. I had no idea at the time who Freddy was, but I was mesmerized by his shredded face, razor claws, and Christmas-colored sweater. I’d never seen “A Nightmare on Elm Street” and already he was haunting my dreams.

Since then, Freddy Krueger has taken his gruesome place as one of the most terrifying villains of all time. Craven also directed several other seminal and, for the time, transgressive horror films, including “The Last House on the Left” and “The Hills Have Eyes.”

In the mid-’90s, he laid the foundation for a 21st-century rebirth of horror with the “Scream” franchise, wittily deconstructing genre cliches and paying tongue-in-cheek homage to the classics. His influence can still be felt in recent horror films, like “Cabin in the Woods” and “It Follows.”

It seems Craven had ambitions to move beyond the horror genre, which despite being extremely lucrative, never earns a director much respect.

He helmed the drama “Music of the Heart,” helping star Meryl Streep to an Oscar. Though he never really moved past his role as a horror meister, his approach to his career was admirable.

“I come from a blue-collar family, and I’m just glad for the work,” Craven said in an interview quoted by the Hollywood Reporter.

“I think it is an extraordinary opportunity and gift to be able to make films in general, and to have done it for almost 40 years now is remarkable. If I have to do the rest of the films in the genre, no problem. If I’m going to be a caged bird, I’ll sing the best song I can.” 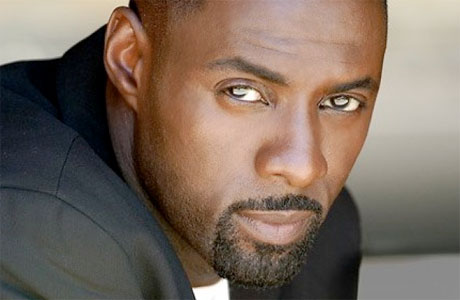 The Internet has been all riled up since Anthony Horowitz, author of the latest James Bond novel, declared that British actor Idris Elba should not play 007 in a future film.

Elba’s name has long been bandied about as an ideal replacement for Daniel Craig, who is a wonderful Bond but can’t very well portray the secret agent forever. In an unfortunate turn of phrase, Horowitz said Elba was “too street” to be a convincing Bond.

Elba’s fans were outraged by the author’s statement and the insinuation that the star of “Luther” and “The Wire” isn’t suave enough to slip into Bond’s tuxedo.

I have only one question for Horowitz: Have you seen Elba?

And, more importantly, have you seen Elba act? The man is the embodiment of cool, British charm and self-possession. He oozes sex appeal, experience and the ability to inflict violence on over-the-top baddies threatening to blow up the world. And he’s a brilliant, underrated performer who deserves to finally be a leading man.

Maybe when Horowitz said Elba was “too street,” he meant that if you ask any woman — or man, for that matter — on the street who should be the next James Bond, the answer would be “yes.” (Sigh. Only in an ideal world perhaps, but still … .)

By the way, Elba’s perfectly composed Twitter response to the kerfuffle offers further proof that he is the best man for the job.

“Always keep smiling,” he said. “It takes no energy and never hurts! Learned that from The Street!”

The Gunman
One and a half stars (out of four)
R (strong violence, language, some sexuality)
115 minutes

I suppose we have “Taken” to thank for reigniting interest in testosterone-laden action flicks in which women are little more than objects to be rescued.

A “Taken” wannabe that can’t make up its mind whether it wants to be serious or over the top, “The Gunman” raises this antiquated cinematic trope to troubling new levels of obliviousness.

Sean Penn plays an assassin, posing as a security contractor, who falls in love with an impossibly beautiful aid worker in the Congo (Jasmine Trinca). Annie — even her name implies childlike helplessness — speaks with an alluring Italian accent. Her hair is perfectly tousled, even when she’s pulling an all-nighter at the local medical clinic.

She and Penn’s character, Jim, appear to have little in common — “He’s a hard man,” she tells a friend who questions her taste in boyfriends — but she spends her free time waiting around for him anyway, ready to hop into bed at a moment’s notice. Afterward, she gazes pensively out the window, clad only in a white button-down shirt that highlights her glorious legs.

There are a lot of other things going on in “The Gunman.” Too many things, actually. But director Pierre Morel, the French filmmaker who not-so-coincidentally helmed “Taken,” is inordinately preoccupied with Annie’s suffering and humiliation.

Despite Jim’s professed passion, he is responsible for the increasingly preposterous catastrophes that befall her. During the course of the film, Annie is abandoned, manhandled or worse, passed back and forth like a trophy between Jim and a colleague/rival (Javier Bardem), relentlessly pursued, captured, drugged and in constant need of rescue. The camera lingers on her, trussed like a chicken on the floor, blouse slipping off her shoulders.

Annie’s primary reaction to these circumstances is to fall apart at every turn. The only decisive, independent action she takes is a sexual one and, though she plays a part in the villain’s demise at the end of the film, it is almost entirely accidental. This woman is the insulting epitome of the mindless, passive damsel in distress who has no place in modern cinema.

Penn apparently helped screenwriters Don MacPherson and Pete Travis pen the script for “The Gunman” — working from a novel by Jean-Patrick Manchette — so he is at least partially to blame for this antiquated character. Would someone please introduce him to the concept of the Bechdel Test?

The irony is that “The Gunman” could function decently — indeed, it would be a better film — without the presence of Annie.

The premise is promising, if unoriginal: Ex-Special Forces sniper Jim participates in the assassination of a government minister, whose death plunges the Congo into chaos. Guilt-ridden, he disappears for eight years, before trading wet work for aid work and returning to the Congo, where he becomes the target of heavily armed mercenaries.

To find out who wants him dead, Jim must globe trot to London and Barcelona, confronting his former partners in crime, including point man Felix, played by Bardem, still oozing the scenery-chewing hamminess he exhibited to greater effect in “The Counselor” and “Skyfall.”

Like Liam Neeson in Morel’s aforementioned film, Jim possesses a particular set of skills, resulting in several brutal set pieces, including scenes at an aquarium and a bull ring that should be more thrilling than they ultimately are. In the latter sequence, Morel gracelessly juxtaposes images of Penn and the slaughter of a great, horned beast.

Jim has an Achilles heel, a disorienting mental affliction that makes his vengeful mission all the more grueling. So “The Gunman” is basically “The Bourne Identity” with the extreme violence, silliness and international slumming-it of the “Taken” franchise.

At the film’s halfway mark, Jim jets to Spain, where Bardem sulks drunkenly in an opulent luxury mansion and a lipstick red vintage getaway car conveniently waits in a nearby barn. That’s about the time the movie begins to feel like a James Bondian vanity project.

Penn obviously took this role seriously, a little too seriously perhaps. Buffed up to proportions that would elicit the envy of men decades younger, he’s all desperation and intensity, but this attempt at action stardom is a strange fit. Neeson doesn’t have anything to worry about.

You know something is off when the excellent Idris Elba shows up in a single scene and all he gets to do is monologue about tree houses.