There would be no “Captain America: Civil War” if, in 2006, comic book writer Mark Millar and artist Steve McNiven hadn’t cooked up the original superhero feud to end all feuds, between The Cap and Iron Man.

Thanks to this iconic Marvel moment, everyone and their mother will be rushing out this weekend to see the latest big-screen adventure of the Avengers. (That’s right. It also happens to be Mother’s Day weekend. Be sure to take Mom with you.)

It’s fitting that 24 hours after the official debut of “Civil War,” shops around the country will observe Free Comic Book Day, a celebration of the genre that gave us Captain America, Iron Man, Black Widow, Hawkeye, Black Panther, Scarlet Witch, and Spider-Man.

Launched in 2002 by Diamond Comic Distributors and a panel of industry retailers, publishers and suppliers, Free Comic Book Day is held annually the first Saturday in May. 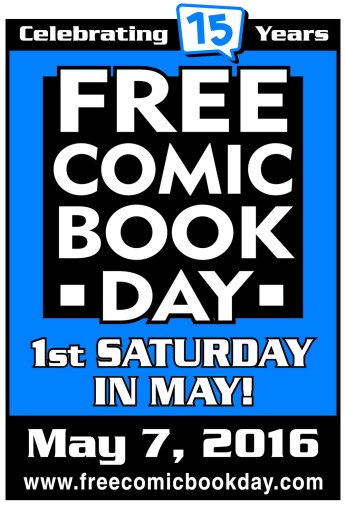 The goal of the event is to introduce readers unfamiliar with comic books to this unique literary format and their local independent comic book shop.

“Each (shop) is unique in its community, with a style and personality all its own,” according to www.freecomicbookday.com.

I’ve never been much of a comic book reader. I remember thumbing through my older brothers’ issues of Archie and Superman, but I never got hooked on the genre. Still, with my love of fantasy, reading and stories, I’ve always felt a kinship with comic book enthusiasts. The comic book store is one of my favorite places to hang out.

As an entertainment reporter, I frequented one Lancaster shop — Bases Cards and Comics — for more than a decade. I first visited the store in 2000. It was the year of “X-Men,” when comic book movies became more than just kids stuff, and I was looking for quotes from fans already familiar with the mutant heroes.

The readers browsing at the shop that Wednesday morning were eager to talk about why they loved the X-Men. They were warm, engaging and articulate about the history and social relevance of the Marvel series.

Bases became my go-to spot for dozens of stories, an invaluable resource for research and gathering quotes and opinions about Hollywood’s comic book movie du jour. Winding my way among the brightly colored racks, I’d pounce on unsuspecting browsers in hopes of scoring an interview.

The shop also happened to be — and still is — a great place to spend time in, full of interesting, friendly and eccentric personalities. Owners Rob and Janice and manager James Preston are three of the most fun, welcoming people I’ve met. I have fond memories of chatting with them and their intelligent, opinionated customers about everything from Spider-Man, to the Man of Steel, to The Dark Knight, to San Diego Comic-Con, to Star Wars vs. Star Trek.

If you’ve never visited your local comic book shop, I urge you to give it a try on Saturday. At best, you’ll discover a thrilling new series or rekindle your passion for a childhood favorite. Maybe you’ll meet some potential new friends with common interests.

At worst, you’ll leave with a handful of free comics.

Aside from Bases, Lancaster is home to two comic book shops. Battlegrounds carries a small selection of volumes, but specializes largely in tabletop gaming. My friends tell me that Horizon Comics offers great prices and selection.

Each shop will have its own policy to determine how many comics you’ll receive on Free Comic Book Day, but you’re guaranteed at least one, as long as supplies last.

Among the titles to be handed out are Archie, Bob’s Burgers, Marvel’s Civil War II, Serenity, Doctor Who, Suicide Squad, Pokemon, Assassin’s Creed, Attack on Titan, The Legend of Korra, and DC Super Hero Girls.

Thor, Captain America and Iron Man may be the flashiest, most popular Avengers but they’re also, arguably, the least compelling members of Marvel’s superhero collective.

Captain America (Chris Evans) is decent and square and also kinda sad that everyone he ever knew and loved is now dead.

Iron Man, aka Tony Stark, is Steve Jobs with better hair, nicer clothes, more charm and an obsession with technology that is both an asset and an Achilles heel.

These guys are great and all, but they’ve each starred in at least two solo movies apiece. By now, we know pretty much everything there is to know about them.

So it’s an unexpected pleasure that “Avengers 2: Age of Ultron” devotes its attention to characters who spent a lot of time lingering in the background in 2002’s “Avengers.”

At last, we discover everything we’ve ever wanted to know about Hawkeye (Jeremy Renner), the stoic archer who skulked through the “Avengers” in a Loki-induced trance.

We also find out just what is going on between him and lethal assassin Black Widow (Scarlett Johansson), who piqued our curiosity with the tiny gold arrow she wore around her neck in “Captain America: The Winter Soldier.”

The relationship isn’t quite what we expected and that’s half the fun of “Age of Ultron.” The movie brims with enjoyable little surprises, from cameo appearances by minor characters to clever winks to previous Marvel outings.

Jarvis the computer, who has always been one of Iron Man’s most sharply sketched personalities, thanks to Paul Bettany’s tart voice work, undergoes a delightful evolution.

If the Marvel movie franchise has become an almost impossibly tangled web, director Joss Whedon is a nimble spider, spinning off dozens of new plot threads, wrapping up neat, little moments for a vast ensemble of characters, deftly interweaving CGI spectacle and satisfying emotion. This is movie-making on an unprecedented, gargantuan scale. It’s no wonder the guy needs a break.

When it comes to theme, “Age of Ultron” doesn’t break much new ground. United, the Avengers stand. Divided … well, not so much.

The glories of the team’s combined might are illustrated in a prologue that sees the superheroes working in perfect harmony as they ambush a Hydra base in the snowy woods of the fictional Eastern European nation of Sokovia.

Our band of heroes emerge victorious with a new toy for Stark (Robert Downey Jr.) to play with, containing one of the infamous infinity stones that Marvel villains are always after. They also acquire a pair of new enemies, eerily gifted Sokovian twins played by Emily Olsen and Aaron Taylor-Johnson.

When Tony starts poking into the infinity stone’s properties, back at the shiny S.H.I.E.L.D lab — or at least the corrupted organization formerly known as S.H.I.E.L.D — he discovers alien technology perfectly suited to realizing his pet project: an artificial intelligence program powerful enough to enforce world peace.

Without bothering to consult the other Avengers, Stark talks the skeptical Bruce Banner (Mark Ruffalo) into helping him create the super program known as Ultron. Apparently, these guys have never seen “The Terminator,” because the being they spawn is a malevolent, red-eyed robot who misinterprets his mission to disastrous effect.

Once again, the Avengers begin to doubt each other, especially as Olsen’s Scarlet Witch — a welcome new female presence in the testosterone-filled Marvel landscape — unleashes her witchy powers of mind control upon them, causing them to relive painful pasts and envision future fears.

Leading the clash of consciences are Stark and The Cap, whose dueling philosophies on power and peace put them deeply at odds. (Could this be the beginning of a certain Civil War?)

At this point, the Marvel universe has become so complicated — spanning multiple galaxies, planets, dimensions and eras — that plot almost ceases to be relevant.

While I enjoyed nearly every minute of “Age of Ultron,” I felt at times as if my grasp on the whole thing was slipping. Who could say exactly what was happening at any given moment?

I don’t think it’s just me and my sometimes foggy, sleep-deprived brain, either. My theory is that, at this point, only the Marvel script supervisors know precisely what is going on.

Still, there’s a familiarity that anchors us.

Elements of “Beauty and the Beast” can be found in the movie’s unlikely central romance, even if the coupling comes out of left field.

There are shades of the “Frankenstein” myth in Ultron, who proves to be one of Marvel’s more fascinating baddies, thanks to James Spader’s acerbic vocalization.

As lofty, and perhaps unachievable, as its ambitions are, it isn’t the money-shot action sequences that ground “Age of Ultron.”

The film is at its headiest and most thrilling when it puts the mayhem on pause for the sake of intimate interactions between its god-like heroes — trading war stories at a party, licking their wounds after retreating to a remote farmhouse.

The Avengers are most endearing when they are most human.