We all know the drill when it comes to the summer movie season.

Summer is popcorn time. Time to switch off the brain and have some fun. Time for explosions. Time for action. Time for Michael Bay to assault us with giant fireballs, urban destruction and noise. Time for action heroes, like Hugh Jackman and Tom Cruise, to run around, look worried, flash massive biceps and DO THEIR OWN STUNTS.

Yes, summer is an exciting time with a potential blockbuster we will all love, so help us, lurking around the corner EVERY SINGLE WEEKEND.

This year, the season is winding to a close after fulfilling all the traditional requirements described above. But something unusual happened, too, something worth noting and celebrating.

In those months that typically overflow with testosterone, more than a few of the BIG MOVIES were headlined by women. And these women delivered amazing performances, proving themselves every bit as — in some cases even more — entertaining than the dudes who usually dominate the summer movie landscape.

So I’m calling it: Summer 2014 was The Summer of Bad-Ass Ladies. Below, we pay tribute to the baddest of them all. Nobody deserves it more.

Angelina Jolie in “Maleficent”: As one of the most famous people in the world, Jolie is celebrated for her benevolent activism, charity work and super-sized family with husband Brad Pitt, but there’s always been something slightly unnerving about her, too. Maybe that’s why she’s perfectly cast in Disney’s reboot of 1959 animated classic “Sleeping Beauty.” With those celebrated cheekbones sharpened to a knife’s point and all that slinky black leather, Jolie isn’t just striking to look at, she succeeds in transforming one of Disney’s scariest villains into a complicated, funny, tragic figure worth rooting for. Creepy yet playful, right down to that silky purr and killer sneer, her Maleficent is sinister and sexy, outshining every visual effect in a movie that’s built almost exclusively on optical bedazzlement. 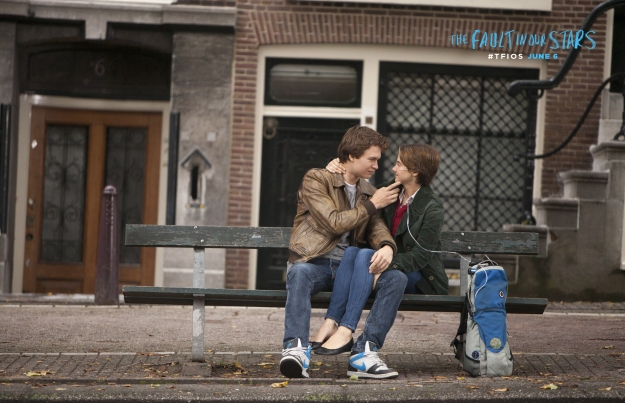 Shailene Woodley in “The Fault in Our Stars”: Hollywood’s latest go-to girl for movies targeted at the coveted teen demographic proved herself a capable action heroine in March’s “Divergent.” Two months later, she took on the risky role of Hazel Grace Lancaster, the beloved protagonist of John Green’s best-selling YA novel. What’s remarkable about Woodley’s performance is her unsentimental naturalism, portraying a 16-year-old girl who isn’t in love with a vampire or fighting for survival in a dystopian death arena. Aside from the harsh fact she’s dying of terminal cancer, Hazel is an ordinary young woman. Woodley embodies her sharp wit and candor with charm and a refreshing absence of glamor. In the film’s opening weekend, a largely female audience showed their appreciation to the tune of $48 million.

Emily Blunt in “Edge of Tomorrow”: If we were to crown a queen of the Bad-Ass Ladies of Summer, that honor would belong, without question, to Emily Blunt. What’s that you say? You didn’t bother seeing “Edge of Tomorrow”? You’re not the only one. Director Doug Liman’s twisty sci-fi thriller under-performed at the box office, probably because of its resemblance to Tom Cruise’s previous twisty sci-fi thriller, “Oblivion.” The irony is that Cruise isn’t the true star of “Edge.” He may enjoy more screen time, but he plays second fiddle to Blunt, who brings a marvelous mix of toughness and vulnerability to the role of the alien-slaughtering, mech-suit-rocking Rita Vrtaski, aka the Full Metal Bitch. Blunt’s character is the last hope for humanity against slithery outerspace invaders who can control time, resulting in Cruise reliving the same day over and over. I know. It sounds like “Groundhog Day,” but the movie is far more clever than you’d ever guess and Blunt is its most winning asset.

Scarlett Johansson in “Lucy”: We all knew ScarJo could kick some butt. As the only female member of “The Avengers,” she’s presided over some impressive stunt sequences, proving she’s more than just a hot chick in a catsuit. But Johansson takes it to another level in Luc Besson’s goofy, wannabe-existential actioner, playing a naive college girl who gains instant access to 100% of her cerebral powers when exposed to an experimental drug. At first, Lucy’s evolution manifests itself in lethal martial arts skills but by the end of the film, she simply has to flick her wrist to immobilize an entire gang of stereotypical Asian baddies. I liked the old Scarlett, so sweetly befuddled in “Lost in Translation,” but I love this new Scarlett — so cool, calm and controlled she’s barely human. Of course, Johansson has evolved enough as an actress to make sure her character’s humanity still comes through.

Zoe Saldana in “Guardians of the Galaxy”: Here is another intriguing actress who has never let her beauty stand in the way of a versatile career. The characters she plays may be wildly different — whether in indie dramas or comic book adaptations — but they’re always satisfyingly strong-willed. As green-skinned warrior Gamora in “Guardians,” Saldana displays strength and humor, holding her own against the formidably funny Chris Pratt. Pratt, of course, plays Star-Lord Peter Quill, leader of Marvel’s unlikely band of galactic superheroes. Refreshingly, director James Gunn grants Saldana equal screen time to her male co-stars. Gamora shows her stuff in several epic fight scenes and she’s by far the most intelligent member of the Guardians. She may flirt with Quill but she never succumbs to his pelvic sorcery. She’s no damsel in distress.