It was a weekend of hellfire and brimstone, and geeks on parade.

It was the only place in the country where you could find scowling street preachers, moms and dads with cute, little Jawas in tow, gender-bending Harley Quinns and Hulks, and ladies in anime finery that made all but the perviest of amateur photographers blush.

It was WonderCon, that annual gathering of comic book nerds and pop culture enthusiasts, where the atmosphere is a weird, entertaining mixture of family friendly and R-rated. 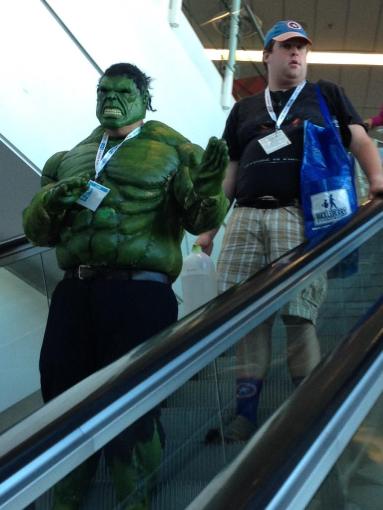 This was my fourth year at WonderCon, an event I anticipate with relish. I love taking in the unusual sights and sounds of the convention, communing with fellow fangirls and -boys, and letting my enthusiasm for pop culture run wild.

This time around, though, the bloom was off the rose. Maybe I wasn’t in the right mood, or maybe I’m getting old, or maybe I need to take a breather, but the convention is starting to feel a bit repetitive to me.

In 2012, organizer Comic-Con International moved its second largest event from San Francisco to Anaheim, an exciting development for Southern California pop culture enthusiasts. Since then, however, the programming at WonderCon has grown less compelling and less relevant with each year.

This is especially true when it comes to the film-related portion of the convention. Because WonderCon competes with its big sister convention, San Diego Comic-Con, the major Hollywood studios aren’t willing to expend the resources to make appearances at both events.

Disney throws its own convention, D23, so that rules out any Marvel movie or Star Wars presence at WonderCon. Meanwhile, Fox, Warner Bros. and their ilk won’t loan out footage or talent from their most anticipated comic book or sci-fi flicks when they’ll be bringing out the big guns in July at Comic-Con.

In the past, featured films included “Battleship,” “Snow White and the Huntsman,” “The Amazing Spider-Man,” “Prometheus,” “Pacific Rim,” “The Conjuring,” “This is the End,” “Evil Dead,” “Godzilla” and “The Maze Runner.” Stars such as Charlize Theron, Emma Stone, Michael Fassbender and Seth Rogen appeared to discuss their projects.

Those days are apparently over. This year’s Hollywood programming could only be described as dismal.

Aside from a presentation by horror outfit Blumhouse, the only major movie event at WonderCon this year was a Warner Bros. panel.

What did Warner Bros. deem worthy of showcasing to the thousands of fans who filled the convention center’s flying-saucer-like Arena? Aside from some admittedly electrifying footage from the upcoming “Mad Max: Fury Road,” the studio spent the majority of its (extremely brief) time hawking the cheesy disaster flick “San Andreas,” starring Dwayne Johnson.

The Rock couldn’t be bothered to attend, leaving director Brad Peyton and co-stars Carla Gugino and Alexandra Daddario to congratulate themselves on finding the “emotions” in this ridiculous looking film.

I propose that WonderCon organizers refrain from insulting convention-goers with half-hearted, mediocre offering and just jettison the movie portion of the event. They should focus on their strengths: the comic books, the TV shows, the nerdy Internet phenoms.

That isn’t to say that there wasn’t good stuff to be seen at the 2015 Con. I sat in on a delightful panel for BBC America’s “Orphan Black,” which returns for a third season on April 18. 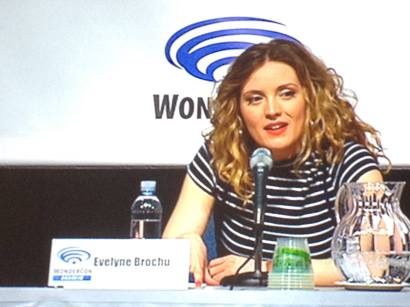 There were screenings and signings and sneak peeks galore. Geek icons Felicia Day and Chris Hardwick held audiences spellbound. There were Q&As and special screenings for popular series “Gotham” and “The Flash,” while viewers were courted by newbies “American Odyssey” and “iZombie.”

The convention’s exhibit hall continues to be an overwhelmingly wondrous place to shop for nerd necessities, like action figures, comic books, T-shirts and pleasingly strange curios, although it does tend to feature the same vendors year after year.

The fans who attend WonderCon never fail to entertain, especially the ones who turn out in the elaborate handmade get-ups that inspire the rest of us to point with childlike glee and whip out our cameras.

My favorites this year included the entire, elaborately costumed team from “Big Hero Six,” a handful of convincing “Game of Thrones” lookalikes, a baby Tank Girl, a couple of tiny Jawas, a fabulous Poison Ivy drag queen and the usual assortment of Star Wars fans, who never fail to pull out all the stops when it comes to wardrobe. 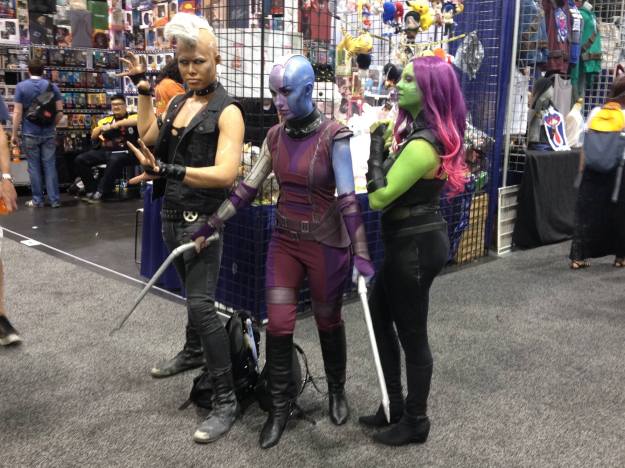 It has been reported that organizers plan to move the 2016 edition of WonderCon to the Los Angeles Convention Center, a development that raises all kinds of questions for the future of the event.

Will this larger, more Hollywood-centric location inject some much-needed novelty into the event? Perhaps give it the heft it needs to attract stronger programming?

Or will it turn it into the impossible-to-navigate, hyper-commercial circus that San Diego Comic-Con has become?

Only time will tell.

Here’s hoping time will be kind to us, the fans who love WonderCon.