In all honesty, “The Hateful Eight” has nothing to do with this post.

Director Quentin Tarantino’s latest is bound to be interesting, if not brilliant.

My apologies to Tarantino, but the title just fit. I couldn’t resist. While it’s great to revisit the best films of a given year, it’s even more fun to rehash the very worst Hollywood had to offer.

So without further ado, here are the eight most reprehensible movies I sat through in 2015. (In no particular order of atrociousness.)

Don’t bother streaming or buying them. If you let curiosity get the better of you, you’ll only regret it. 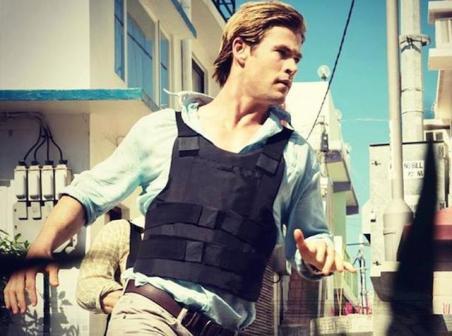 1. Blackhat: Chris Hemsworth is woefully miscast as a basement-dwelling rogue hacker who also happens to possess Jason Bourne-like survival skills. Director Michael Mann lets the audience down in almost every way possible, from the ridiculous storyline and uneven pacing, to an unconvincing romance and lackluster style.

2. Jupiter Ascending: “Matrix” directors Andy and Lana Wachowski seem to get more and more out there with each film they make. This one is so cartoonishly bizarre, it’s hard to believe someone actually gave it the greenlight: Channing Tatum stars as a half-man, half-dog guardian being and Mila Kunis’ “chosen one” falls for him, while Eddie Redmayne hams it up as the baddie and hopes no one remembers this after seeing “The Theory of Everything.”

3. The Gunman: In a year that brought us Rey and Furiosa, not to mention dozens of other strong cinematic heroines, the oblivious sexism of this testosterone-fueled Sean Penn vanity project is too blatant to be believed. To make matters worse, the thriller is basically “The Bourne Identity” crossed with the extreme violence, silliness and international slumming-it of “Taken.”

4. Black Sea: A movie about a ragtag submarine crew on a secret mission to find treasure at the bottom of the Black Sea sounds awesome, right? Especially if the sub is manned by a crew of sturdy character actors, like Scoot McNairy and Ben Mendelsohn. Thanks to a script that piles on one ridiculous, relentlessly dark plot twist after another, this deep sea suspenser proves us terribly wrong, with a little help from Jude Law’s sketchy Scottish accent. 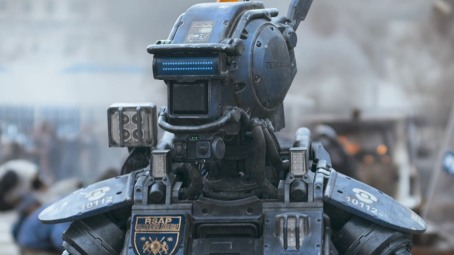 5. Chappie: The stinky badness of Neill Blomkamp’s latest dystopian drama is harder to bear when you consider how much promise this project held. This is the visionary writer-director of “District 9” we’re talking about. The film features a robot protagonist whose creation is a marvel of visual effects and an endearing mo-cap performance by Blomkamp’s favorite partner in crime, Sharlto Copley. It stars first lady of sci-fi Sigourney Weaver for Ridley’s sake. And yet, “Chappie” is full of insulting stereotypes and just doesn’t go anywhere. It’s a monumental disappointment.

6. Terminator Genisys: James Cameron’s now classic saga of evil cyber villain Skynet and the scrappy human resistance group that fights back was amazing the first couple of times, but does anyone gives a T-1000’s patootie anymore? Apparently, not even the makers of “Terminator Genisys” cared enough to even try to make us care. Aging Arnold Schwarzenegger and his hair plugs are the only ones who bother to inject some life into this slog of a sci-fi reboot.

7. Fantastic Four: Despite an excellent young cast and an attempt to bring some gravitas to the classic comic book foursome’s movie mythology, studio meddling, a tumultuous production, and a troubled young director added up to an epic failure for the lucrative Marvel brand. (In fairness, the film was made by Twentieth Century Fox, not Marvel Studios.) This is going to be a tough mess for the quartet of superheroes to get themselves out of.

8. Southpaw: I’m not the hugest fan of “Training Day” director Antoine Fuqua anyway. Subtlety is not his strong suit, but this maudlin mashup of sentimentality and thug-life machismo is his most laughable film yet. You can tell star Jake Gyllenhaal is gunning for an Oscar nomination, but despite his impressively beefed-up physique, he’s more than a little unconvincing as a boxer with a rough background and anger management issues who rises to fame, then falls from it, then rises again after a tragedy as contrived as the movie’s script.