Every film critic has at least one dirty, little secret, one genre they pretend to love but secretly loathe.

For me, that genre is horror.

Since I was a little girl, sleeping with the nightlight on, I’ve cowered in fear of spooky thrillers and big-screen chillers. I’m fine during the day, but after dark, my imagination transforms scary movies into reality, casting giant, terrifying shadows across my mind.

As I grew up, I learned to avoid horror movies, shunning everything from “Nightmare on Elm Street” to “The Grudge.” This strategy worked pretty well until I landed a job as movie critic for the local newspaper. Suddenly, I was expected to see whatever films readers wanted to know about, even the scary ones.

I sat through my share of flicks that kept me up at night, but more often than not, I would do my best to invent excuses so I could weasel out of flicks like “Saw” and “Paranormal Activity.” I freely confess that when it came to horror movies, I was a big slacker.

This Halloween, in honor of my fellow cowards, I offer eight films that are more fun than frightening. A few of them have their share of guts and gore, but they all emphasize hilarity over the sort of terror that will leave you traumatized for weeks.

Go ahead and watch these with the lights out, and sleep tight afterward.

Grant gives his superb physical comedy skills and elastic facial expressions a thorough workout, playing Mortimer Brewster, a theater critic whose wedding day is thrown into chaos when he discovers that murder is a family tradition. It seems Mortimer’s maiden aunts (Jean Adair, Josephine Hull) are offering more than simple charity to lonely old bachelors. Other mad relatives pop up as well, prompting Mortimer to exclaim, “Insanity runs in my family. It practically gallops!” 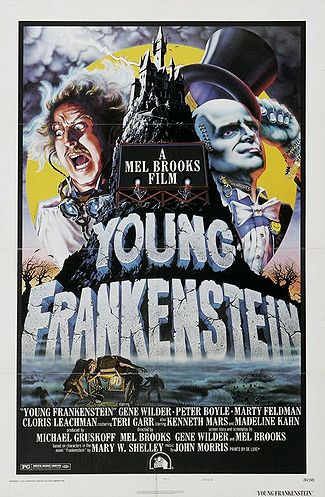 This spot-on black-and-white parody of Universal’s 1931 “Frankenstein” and 1935 “Bride of Frankenstein” boasts a remarkable cast, including Gene Wilder as the neurotic Dr. Frahnkenshteen and Peter Boyle as his tap-dancing monster.

“The Evil Dead,” 1981: Sam Raimi’s low-budget, DIY horror comedy is a classic, influencing every campy genre spoof that followed it with its inventive special effects and weird and gory humor. Bruce Campbell gives an epic, deadpan performance as Ash, one of five doomed souls at the proverbial cabin in the woods when a bloodthirsty demon is inadvertently unleashed.

Raimi’s original is legend, but Fede Alvarez’s 2013 remake isn’t half bad. I’m partial to Raimi’s even cheesier sequel, 1992’s “Army of Darkness,” which pits Ash and his chainsaw arm against legions of reanimated, stop-motion skeletons.

“Ghost Busters,” 1984: You might say the 1980s was the Golden Age of horror comedy. “Ghost Busters” is the cream of the crop of campy classics, celebrating its 30th anniversary this year with lots of screenings and news of a planned reboot.

None of the wussy ghost hunters currently occupying cable television can compare to parapsychology professionals Bill Murray, Dan Aykroyd, Harold Ramis and Rick Moranis, who set out to rid New York City of its pesky ghouls and goblins.

Other silly-spooky ’80s gems include “An American Werewolf in London,” “Beetlejuice,” “Little Shop of Horrors,” “Gremlins” and “Fright Night.”

“Shaun of the Dead,” 2004: If George Romero was British and liked to hang out at the pub, he would have created this zombie comedy instead of “Night of the Living Dead.” Comedian Simon Pegg is in fine form as the eponymous Shaun, a suburban slacker whose life spent goofing off with slovenly best mate Ed (Nick Frost) is upended when the flesh-eating dead come shuffling into his neighborhood.

Desperate to win back his fed-up ex (Kate Ashfield), Shaun is forced to play the hero. His weapons of choice? A cricket bat. His plan of action? Hole up at the local drinking establishment and wait for the apocalypse to blow over. As you probably guessed, that doesn’t go so well. 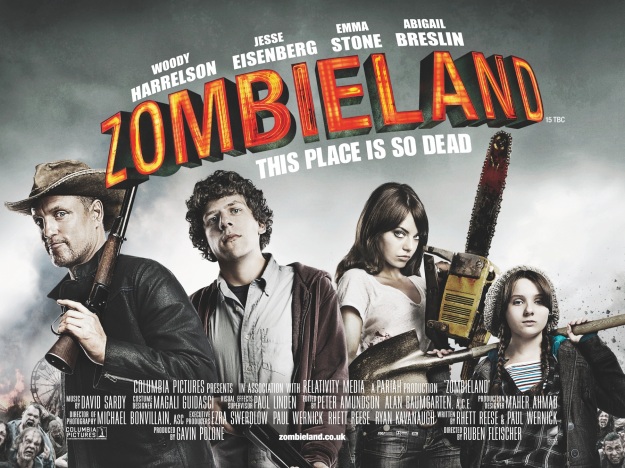 “Zombieland,” 2009: If “The Walking Dead” was goofy and offered a good time instead of soul-crushing despair, it would be “Zombieland.” Like the comic book turned hit AMC series, this comedy is about a disparate band of survivors who latch onto each other and form an oddball family.

They include Jesse Eisenberg’s timid student, who stays alive, post-apocalypse, by sticking to a set of practical rules, and Woody Harrelson’s cowboy, who dreams of Twinkies. They’re joined by a pair of con artists, played by a smokey-eyed, smokey-voiced Emma Stone and Abigail Breslin as her little sister. The movie also happens to feature one of the best cameos in cinema history.

“The Cabin in the Woods,” 2012: Deceptively advertised as a straight-up horror flick in an attempt to avoid spoilers, this insanely clever twist on the genre went largely unseen when it debuted in 2012. Penned by master of meta Joss Whedon and “Lost” writer Drew Goddard, “Cabin” deserves a wider audience.

It starts out as a stereotypical slasher flick, with Chris Hemsworth as a college jock heading out to a raucous weekend in the middle of nowhere with a gang of equally hackneyed characters, including a brainy virgin (Kristin Connelly) and a pot-smoking nerd (Fran Kranz). Trust me, though. By the end, “Cabin” has becomes the perfect parody, turning the horror movie inside out and exposing its quivering guts.

“Warm Bodies,” 2013: Think all zombies are repulsive, rotting creatures with chunks of flesh falling off their bones? Think again. Nicholas Hoult stars as the most adorable, blue-eyed member of the walking dead you’ve ever seen. And he’s in love with a girl. A human girl (Teresa Palmer), who thinks he’s creepy and doesn’t know he ate her boyfriend’s brains. Awkward.

Probably the sweetest movie ever set in the zombie apocalypse, “Warm Bodies” falls into that strange and wonderful horror subgenre, the zom-rom-com. It’s funny. It’s playful. It’s the undead teenage love story “Twilight” should have been.

What movies do you plan to watch on Halloween? 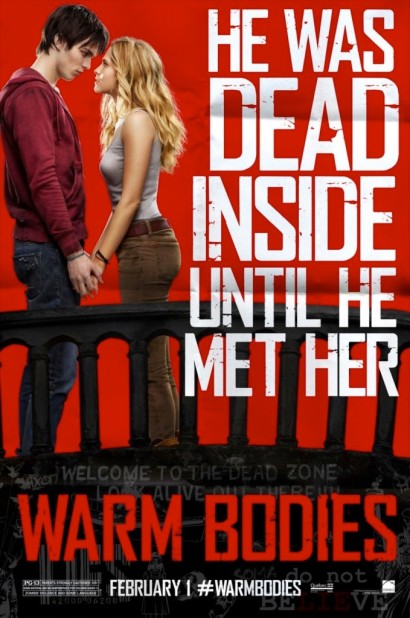