EDITOR’S NOTE: Few things have had more influence on the life of collector Shaun Griffith than Star Wars. Below, he discusses his enthrallment with the franchise and shares prized items from his collection. Some of these may take you back. FYI, he’s selling off some of his collection gradually on eBay.

I don’t remember the first time I saw Star Wars. I’ve only heard the story from my mom. I was 2 1/2 and sat enthralled with “The Empire Strikes Back.”

I don’t remember my first Star Wars action figure. I only remember them always being there. At the age of 5, my room changed from Mickey/Disney themed to Star Wars. My mom had made over my room without me knowing. It was an awesome surprise. Posters on the wall (still have them), shelves of Star Wars paraphernalia, a comforter and pillow set (long gone now). The decor hung around for nearly a decade before items began to go into the archive. 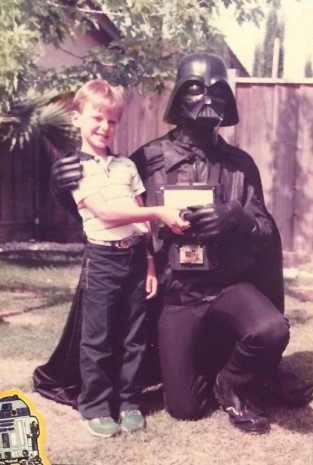 Shaun Griffith with Darth Vader at his sixth birthday party.

An only child, I took great care of all of my collections, Star Wars chief among them. Every action figure handled with great care … except for Boba, who found himself buried in the sandlot at some point.

A family friend was kind enough to put all three films on an EP VHS (it’s around here somewhere). Full framed, VHS played to the nth degree. Every time I was sick, home from school, which happened a lot, being a sickly kid, was filled with Star Wars. I was a devoted canon only kid. The novel spinoffs never appealed. Extended universe … blah.  If Lucas didn’t write it, I didn’t care.

Before “Phantom Menace” was released, I had a Santa Barbara News Press interview and was even quoted. Star Wars was more than a movie for me. I grew up fatherless, always wondering. At a church men’s conference, I discussed “confronting” my father one day.

Someone asked why I saw it as a negative, as a confrontation. Star Wars fans will understand the context. I laughed and acknowledged that I used that specific word because of Star Wars.
Ashamedly, I was Luke, minus a couple of droids and Ben Kenobi to launch me on my quest.

“Phantom Menace” fell flat with most fans but I was never a hater. “Phantom Menace” was the first time that I was able to join in with a large group of friends, camp out all night at the Riviera in anticipation of greatness.

After it was over, a college friend and I got in the car. He was let down. I wasn’t. I’d never known sci-fi community before that. It was greatness. People dressed up. We cheered. Time stopped for me. 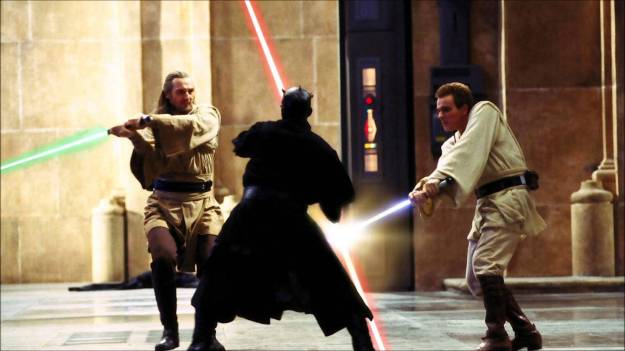 When Lucas sold to Disney I was glad. Episodes 7-9 would finally be made. He had said he’d never make them and I trusted Disney to do it right. I have no qualms about the forthcoming. It will be everything that everyone wanted “Phantom Menace” to be.

“The Force Awakens” parallels the reawakening of many a fan. It will inspire both new and old nearly 40 years after the original … . A New Hope unto itself. 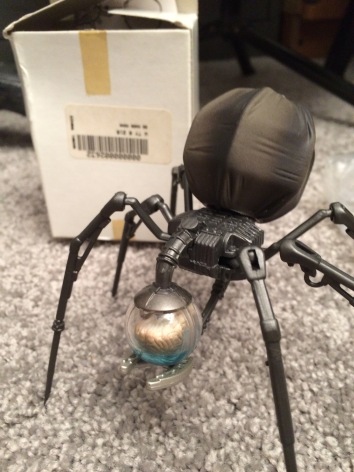 Bo Marr Monk. One of my favorite characters. Only featured in the background at Jabba’s palace. I was always fascinated. Had to mail away for this figure in the mid ’90s. 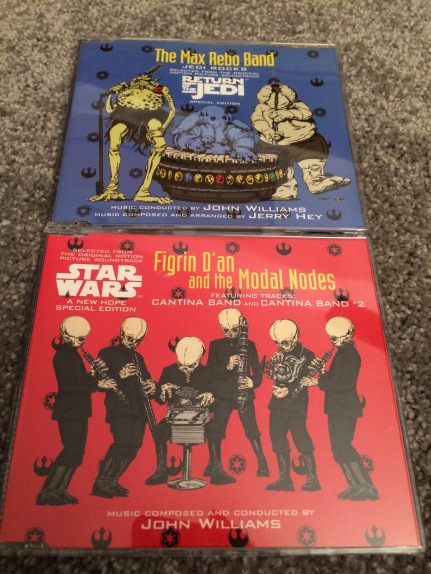 Love these CDs, particularly Figrin D’an and the Modal Nodes. 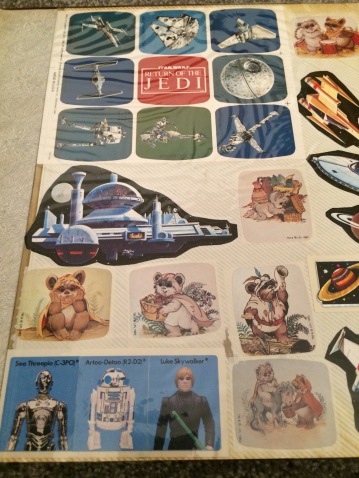 Part of my sticker collection. RotJ stickers up top. Not so much a fan of the cartoonish
Ewok ones … reminds me of the Ewok cartoon. Love the mugshot-like figure stickers at the bottom; the fact that they pronounce the names, priceless. 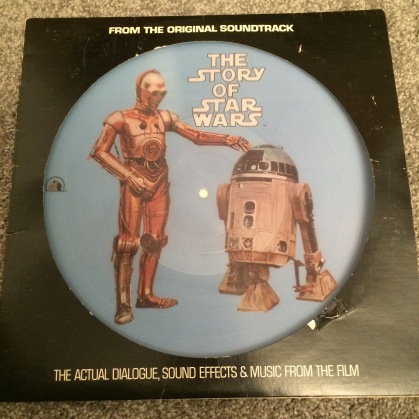 This was played many, many times. The New Hope soundtrack. Yes, I had
a VHS bootleg with all three films on one tape, however, I still played the soundtrack and
pictured it all in my head. Plus this album looks badass. 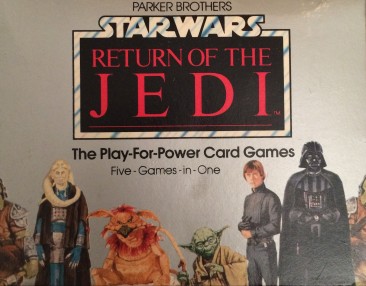 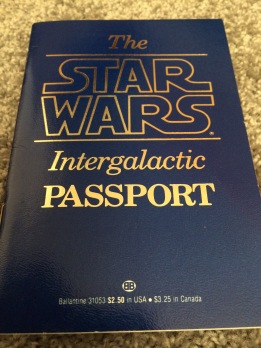 When you’re traveling intergalactically, you must bring along your passport. 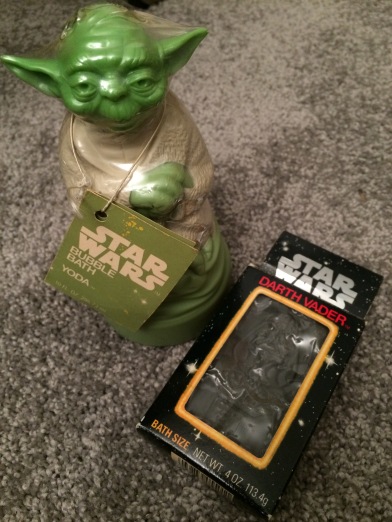 Long before those recent lipsticks were produced, here you have Yoda Bubble Bath and Darth Vader soap. I had a C3PO soap too, but it disintegrated. Tossed it a few years ago.

Buttons! I have a button collection, however, these were never mingled with them. 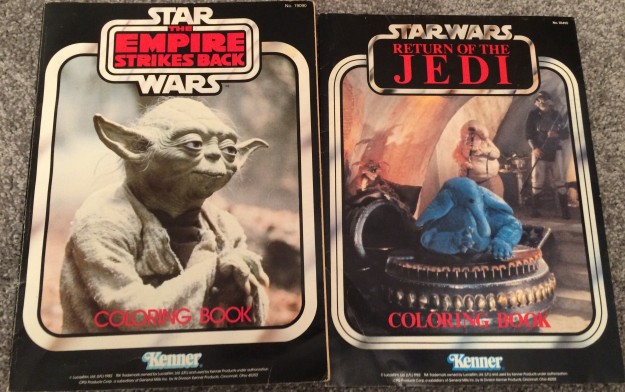 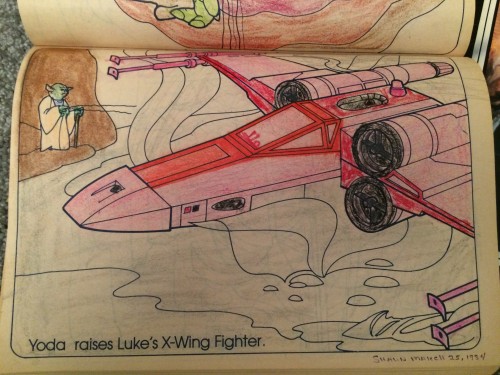 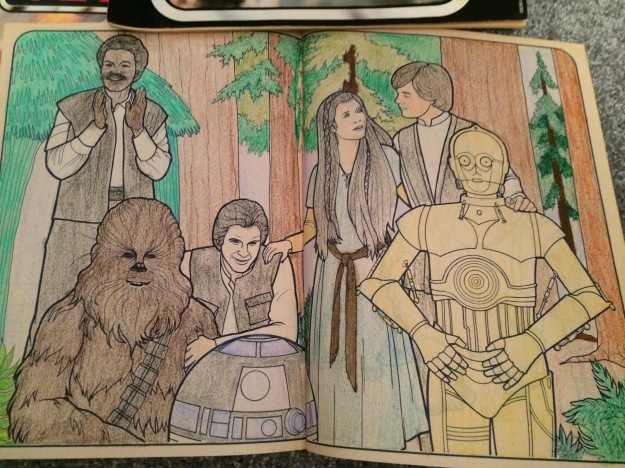 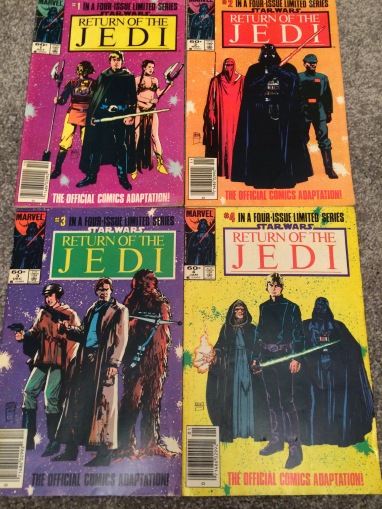 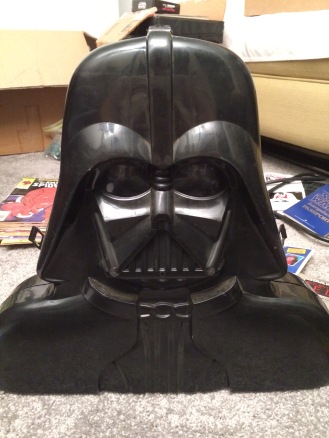 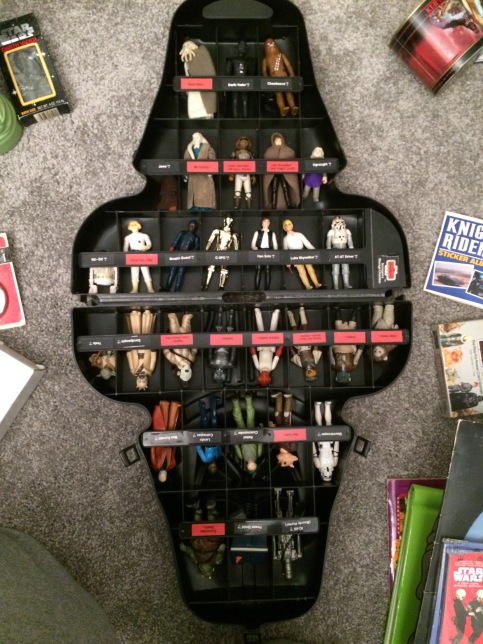 This defined Star Wars action figures. Everyone had one of two cases, this one and/or the C3PO one. This case got a ton of use. 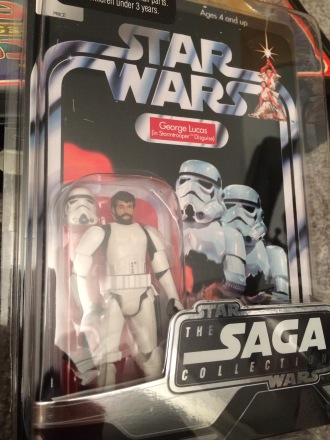 Not vintage. Had to mail away. But I still get a kick out of it. George Lucas as a Stormtrooper, who could resist? 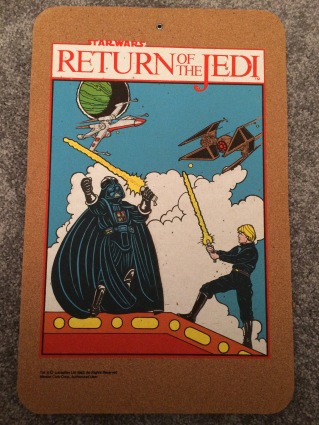 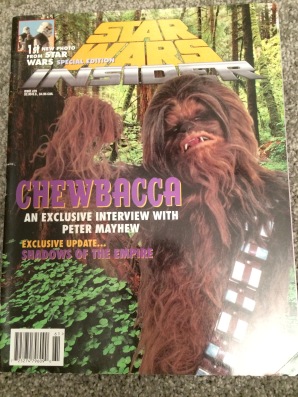 I subscribed to Star Wars Insider in the ’90s. I had several copies, however, this cover is particularly funny.

Shaun Griffith is a California native and a Hayward farmer (non-moisture) who went south to become a Santa Barbara Gaucho with a degree in film. He is married to an LBC princess with a sci-fi allergy. He works as an eCommerce Ops manager for a company with conference rooms named Ewok and Chewbacca and presently resides in the Bay of the Half Moon.